“The Taming of the Shrew”

– Shakespeare comes to the Gymnasium!

“I see a woman may be made a fool, if she had not a spirit to resist.”

Those words were first written by none other than William Shakespeare himself over 400 years ago and are now being brought to life by the White Horse Theatre on a modern stage. Combining humour, authenticity and true Shakespearean genius, the group of young actors, Rosie Ann Ferris, Billy McCleary, Georgia Thrussell and Daniel Calvin Peterson, introduced the Q1 and Q2 last Friday to the story of “The Taming of the Shrew”.

The play is a comedy first produced by Shakespeare for the stage in the 1590’s and has since been adapted by several forms of media. It tells the story of Katherina Minola (Georgia Thrussell), a head-strong, loud and temperamental young woman declared unfit for marriage by possible spouses because of her unwillingness to submit. However, her suitor Petruchio (Billy McCleary), the man determined to turn Kate into an obedient wife and to ”tame the shrew”, is merely intrigued by the challenge she poses. The subplot depicts the rivalry between Kate and her younger sister Bianca (Rosie Ann Ferris), seen as the ideal lady, whose marriage later on becomes a prominent theme of the play. It also features several comedic side characters, such as the father of Kate and Bianca (Daniel Calvin Peterson), Lucentio, husband of Bianca, (Daniel Calvin Peterson) and Grumio, servant to Petruchio (Rosie Ann Ferris).

The undeniable British charm of Shakespeare’s work was greatly presented by the four young actors of the White Horse Theatre, who found an extraordinary balance between bringing a humorous modernized version of the play to the stage and establishing a complex insight into the medieval way of living, as well as the antiquated linguistics used by Shakespeare.

The performance was started with a warm welcome by Daniel Calvin Peterson embodying Lucentio and the father of Bianca and Kate, as he shortly inaugurates the plot of “The Taming of the Shrew”, before the other actors join and the audience gets thrown into a rather hectic scene that introduces the lively characters of the play. Hereby, the audience’s attention gets caught immediately and the students were even asked to interact with the actors by catching balls that were thrown to them. Each character of the story has its own unique persona, which is emphasized by the amazing costumes that represent the medieval era in a rather eccentric way. For example, a colorful and playful dress for Bianca that reveals her naive and feminine character, sets a contrast to her sister Kate who wears more natural colors to show off her grounded and atypical mentality. Furthermore, the White Horse Theater, with the help of our Tech Club, created an authentic Shakespearean atmosphere by filling gaps with fitting music, reminiscent of a medieval era.

Additionally, the play truly profited from its simplicity when it comes to the set and number of actors. The background, consisting of just a railing, a ladder, a few places to sit and a curtain for the actors to disappear behind, makes for an easy but pragmatic scene. It shifts the attention of the audience to the actors who have got enough room and possibilities to bring a dynamic and lively performance to the stage.

The actors were surely the most outstanding part of the play as they presented their characters as witty and youthful which made them relatable to the spectators. It was easy to tell that they had been in contact with Shakespeare before and their on-stage chemistry was so impressive that we were surprised to find out that they had only been acting together for a short time. Through body language and the delivery of their acting skills, the four performers really brought their interpretation of their respective characters to life. This effect was only underlined by the interactive aspects of the play, where Rosie Ann Ferris as Grumio casually went through the audience offering the students a few grapes or Daniel Calvin Peterson as Lucentio charmingly gifting a white rose to a member of the teaching staff.

As conversation about the play continued long after the White Horse Theatre had already left us, we found that most students agreed with us and were happy and grateful to have attended the play. However, some complaints about the complexity of the language were shared among the Q1, who had previously never worked with Shakespearean literature before. Some students, though not all, found it difficult to follow the plot due to the pace and intricacy of the play, leaning us towards the suggestion that such a play would have perhaps been more fitting for students solely of the Q2, who had already gathered experience with this style of writing a story.

To our modern sensibilities, Shakespeare’s “The Taming of the Shrew” could easily be dismissed as misogynistic literature, exploiting the injustice women have faced as members of a society in which marriage and wives were often viewed as a commodity. Indeed, critics and fans have been arguing for decades over whether this work is pro- or anti-feminist.

On the one hand, Shakespeare proves sensibilities beyond his era by his depiction of Kate. On our stage, as well as the original play, Kate is an opinionated, witty woman who is neither afraid nor unwilling to prove her intellect and acuity to the men around her; from telling her father off for being willing to give away her hand in marriage to a man she does not want to be her husband to Petruchio, the suitor whose male dominance and arrogance makes both the audience and Katherina unsympathetic towards his objectives.

On the other hand, the play does resolve in Kate becoming that obedient, submissive wife Petruchio and the men of her era would have her be. This happens through a series of injustices we would nowadays identify as abusive, such as Petruchio denying her food and sleep or gaslighting her by wanting to make her believe that what she was seeing was the moon and not the sun, when it was in fact the sun. Through the course of their marriage, Petruchio starves Kate of her human needs and denies her an own sense of reality. Though scholars have argued that Kate may merely pretend to give into his vicious demands and ways, her final monologue

“(…) Thy husband is thy lord, thy life, thy keeper,
Thy head, thy sovereign; one that cares for thee
And for thy maintenance; commits his body
To painful labor both by sea and land,
To watch the night in storms, the day in cold,
Whilst thou li’st warm at home, secure and safe;
And craves no other tribute at thy hands
But love, fair looks, and true obedience (…)”

can hardly be deconstructed as anything other than a reassertion of patriarchal ideas and values.

However, this monologue, as well as many other parts of the original story, were left out entirely by the White Horse Theatre due to limited time.

The students were able to witness the conflict of the sexes; the woman not wishing to be a commodity, reduced to social roles and the man unwilling to accept her anger and individuality as a woman of her time. The final scene depicts Kate and Petruchio happily together, in a strong contrast to Bianca and her husband, whose marriage falters due to Bianca’s unwillingness to submit in the end.

Through the modern aspects of the play, as well as the charm, skill and humour of the actors, the feminist aspects of the work were definitively communicated, as Georgia Thrussell and Billy McCleary draw the audience’s sympathies towards Kate’s situation through their body language, talent and interpretation of their roles. To us, at the end of the play, there was no question of who was in the wrong and who in the right here. Still, the pace at which Kate was able to accept the abuse she was enduring and how quickly animosity turned to something resembling a mutual understanding and what values were being passed onto us was a topic of discussion among us students. Therefore, in light of the conflict surrounding the nature of “The Taming of the Shrew”, the question of if such a shortened and simplified version of the play should be presented to students without considering the multifaceted dimensions to the situations and characters should be posed.

A Happy Ending (for the students, though arguably not for Kate)

Despite all this, we were happy to be given the chance to experience Shakespeare on an actual stage and to witness an antagonism fitting for the era in which it was written. Moreover, the four actors were kind enough to give way to questions at the end of the play, during which some students used their chance to ask about the play from a feminist perspective. In response, the White Horse Theatre replied that they personally view it as a piece of feminist fiction and find the morals surrounding the story overall valuable to feminism.

It is easy to retell one of Shakespeare’s stories, but it takes a skilled actor and a reliable team in the background to bring a piece of fiction alive and to intrigue even those who have never had any contact with his work.

We also applaud the White Horse Theatre for their ability to easily switch between roles and characters, which once again only speaks for their immaculate acting performance.

It was truly a wonderful experience to be able to witness native English speakers bring Shakespearean literature closer to us. The Q&A at the end and the student’s participation only showed the interest they were able to wake, and we thank the White Horse Theatre, represented by Ferris, McCleary, Peterson and Thrussel, for this opportunity. 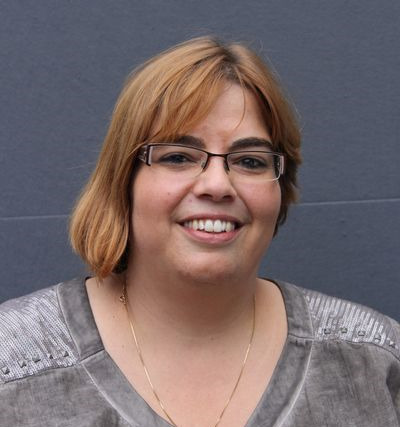